Export/Import feature is enabled on almost all modules. There are a few that are still not supported like price books or FAQ and Documents whose import process is more complex and is supported by an external tool which is not free (ask us if you need it).

After clicking on Import icon, the first step is to select the file. Click on the Browse button to select a file from your local system and upload it to the server for Import. Currently, csv and vcf formats are accepted.

Currently comma(,) and semi-colon(;) are supported as field delimiters. This delimiter indicates the character separator used to separate field values from each other within a row. In the case that you need to use the same character in your data and do not want the tool to read it as delimiter, enclose the string in double quotes (“). Then, only delimiter characters, outside the double quotes, will be treated as actual delimiter.

We have implemented a new workflow expression:

that can be used inside a condition expression map as the following example:

This map will return the ids of the non deleted account records, whose account name matches with the 10 first characters of the column mapped with accountname in the file. Based on the Duplicates Handle Method chosen the records with the ids returned might be skipped/overwritten/merged.

The last step is to configure the mapping between the import file columns/headers to the Module fields. 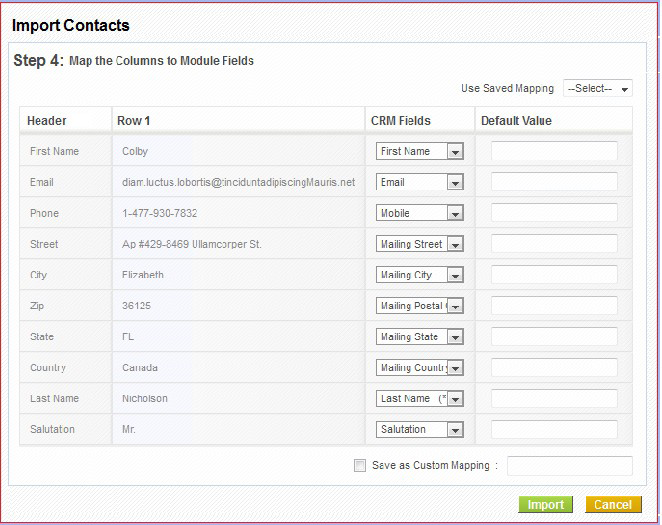 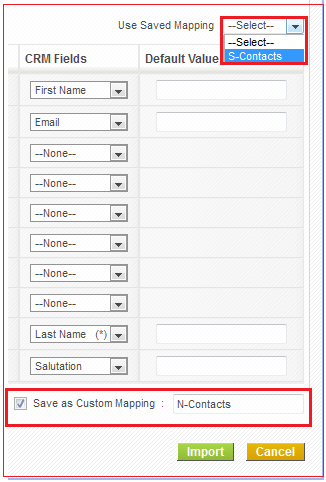 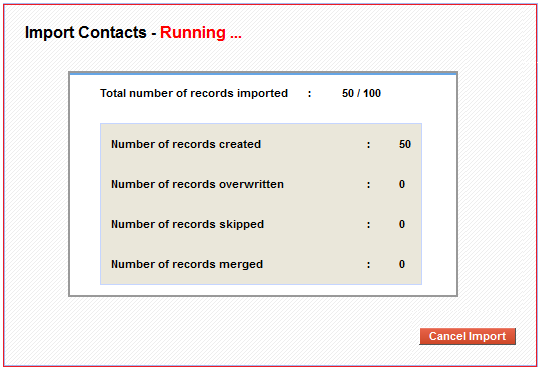 Final Result of the Import 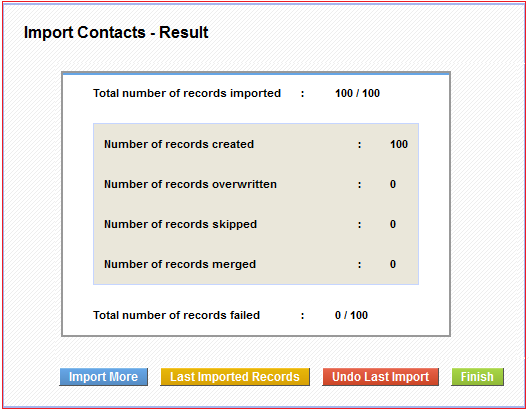 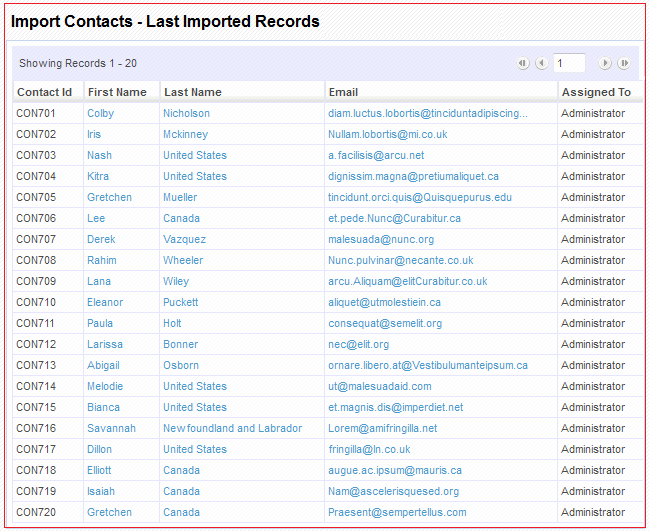 If the record limit has crossed 'Immediate Import Threshold' count, then the import is scheduled and the following message is shown: 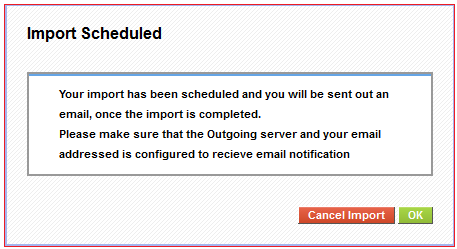 Once the scheduled Import is completed, an email notification is sent to the user who scheduled the Import along with the Import Result.

This error shows up when the import has been interrupted for various reasons like crashed in between or canceled by a user etc. This error indicates that the import table still has records to be imported into the system, but all the information related to the import (like mapping, default values, merge criteria) are all lost. So these records can not be imported and the user needs to clear this data before starting any other import.

I think I have all the columns correctly formatted but when I import all the records are rejected. None are imported and I get no error message.

Make sure all the date fields are in the same format as the user importing the data.